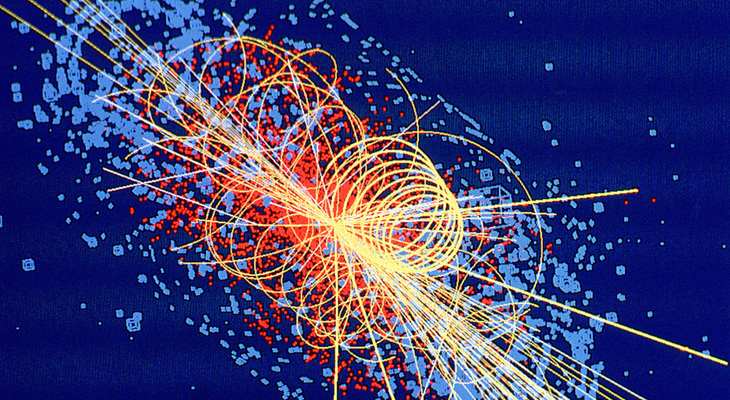 
The Higgs mechanism is a cornerstone of the Standard Model (SM) and its supersymmetric extensions. The masses of the fundamental particles, electroweak gauge bosons, leptons, and quarks, are generated by interactions with Higgs fields. After the discovery of the Higgs boson it is of paramount importance to understand its properties in detail.

We pursue research to improve cross-section predictions for Higgs-boson production at the LHC within the Standard Model and, in particular, its supersymmetric extensions through the calculation of QCD, electroweak and supersymmetric higher-order effects. One current focus is the production of supersymmetric Higgs bosons in association with heavy quarks, an important discovery channel which allows to directly determine the Higgs-Yukawa couplings.

Non-standard Higgs bosons, if they exist, can have unusual properties. For instance, their interactions with quarks and leptons can violate the CP symmetry, in a way that is completely different from the Kobayashi-Maskawa mechanism of the Standard Model. Higgs-sector CP violation is a fascinating possibility, with implications on the physics of the early universe. Another line of our research is to devise and investigate strategies how to explore the CP properties of Higgs bosons, resp. how to search for Higgs-sector CP violation at the LHC.


The top quark is the heaviest fundamental particle known to date. Although it weighs more than about 180 hydrogen atoms (173 GeV/c²), it behaves like an elementary particle, at least at distance scales probed so far by experiments. The top quark is special among the known quarks: once produced it immediately decays without forming top-mesons or -baryons. Thus, it provides the unique opportunity to study the interactions of a bare quark.

The LHC is a top-quark factory: millions of these quarks have already been produced at this collider per year -- either together with their antiparticles or singly. This allows to explore the interactions of this quark in great detail provided adequate modeling is available. The research of Werner Bernreuther's group is concerned with theoretical predictions of top quark production and decay at the LHC within the standard model of particle physics and also more speculative models that describe possible new interactions. Aspects of this research include investigations of the role the top quark can play in exploring the ``mechanism of mass generation'', and theoretical analyses of top-quark spin effects.