You Are Here: News from Planck

The analysis of new data of the Planck experiment does not uncover deviations from the cosmological standard model. 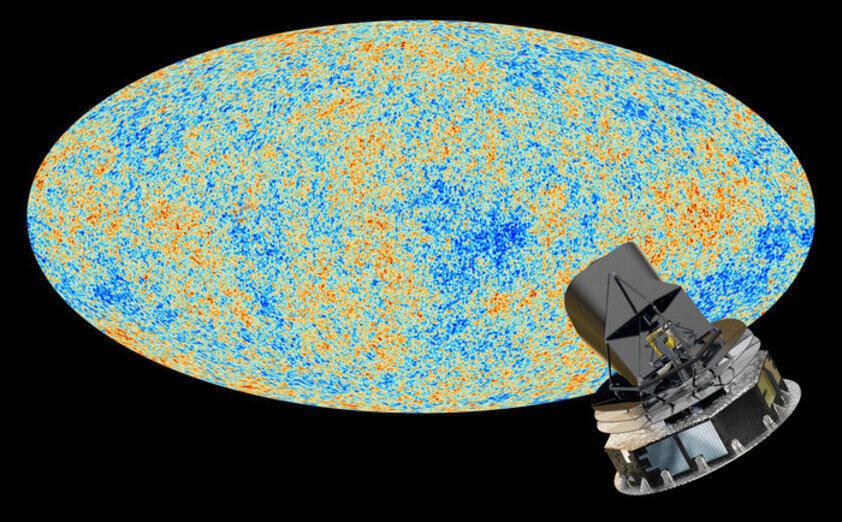 The Planck satellite collaboration is about to publish some new results on CMB anisotropies. The release will be based on twice more data on temperature anisotropies than in March 2013, and will also include a first analysis of Planck’s polarisation maps. Some preliminary results have been announced recently at a conference in Ferrara. Most slides from Ferrara are publicly available at the following website. All preliminary Planck results favour the minimal standard model of cosmology, LambdaCDM. The standard cosmological model predicts the existence of a cosmic neutrino background. CMB anisotropy patterns indirectly confirm the presence of these neutrinos with a high significance level. The analysis provides very strong constraints on neutrino masses and on the Dark Matter annihilation rate. Planck puts stringent bounds on possible deviations from the minimal scenario, in the form of extra light relics, spatial curvature, dynamical dark energy, non-gaussianity, non-minimal inflation, etc. The results of the ongoing Planck-BICEP2 joint analysis of B-mode polarisation have not been announced yet. However, the preliminary Planck results presented in Ferrara (that also include B-modes on small angular scales) are still compatible with a negligible amount of primordial gravitational waves. At face value, the absence of any unexpected features in such high-accuracy data shows that the minimal cosmological model is amazingly predictive and robust.